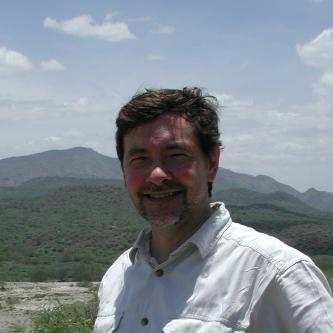 Rick Potts in the field at Olorgesailie with a 900,000-year-old handaxe. Photo credit: Briana Pobiner.

Paleoanthropologist Dr. Rick Potts directs the Human Origins Program at the Smithsonian’s National Museum of Natural History, where he holds the Peter Buck Chair in Human Origins. After receiving his PhD in biological anthropology at Harvard University in 1982, he taught at Yale before joining the Smithsonian in 1985. Rick’s research investigates Earth’s environmental dynamics and the processes that have led to human evolutionary adaptations. His ideas about the significant effect of environmental instability on human evolution have stimulated wide attention and new studies in the Earth sciences, paleontology, and experimental and computational biology. Rick leads ongoing excavations in the East African Rift Valley at fossil and archeological sites in southern and western Kenya, and in northern and southern China. He is curator of the Smithsonian’s Hall of Human Origins, and wrote the companion book What Does It Mean To Be Human? 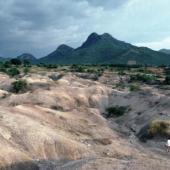 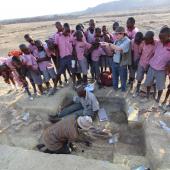