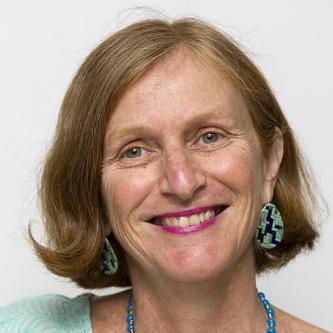 Catherine Potvin, right, shows a carbon map to Evelio Jiménez and community members of the Kuna Comarca of Madungandi, in eastern Panama in 2013. Smithsonian Institution.

Catherine Potvin obtained her Ph.D. from Duke University, North Carolina, and since then has always worked on issues related to global climate change. Catherine is a professor in the Department of Biology at McGill University in Montreal where she holds the Canada Research Chair on Climate Change Mitigation and Tropical Forest (Tier 1). She is a Fellow of the Royal Society of Canada. She has also been working with the Embera people of Panama since 1994 which helped her in developing participatory approaches to integrate the human dimension in biological analysis. Catherine’s current research in Panama spans a broad range of issues from remote sensing to capacity building and conflict resolution, the unifying theme being forest conservation and climate change. During her career she has edited two books and published more than 100 scientific journal articles or book chapters. Catherine served as Panama’s negotiator of REDD in the U.N. Framework Convention on Climate Change (2005-2009). She is currently leading the Sustainable Canada Dialogues, an initiative that mobilizes scholars from across Canada to propose a blue print for Canada’s transition to a low carbon economy. 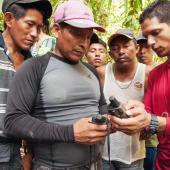 Working with Indigenous Peoples to Protect Forests in Panama