Home » Blog » Step to the Beat of Love: The Global Movements of Sufi Music

Step to the Beat of Love: The Global Movements of Sufi Music

Sufism is a spiritual movement that focuses on the inner aspects of the Islamic faith. Where Sharia provides the legal code of the faith, Sufism focuses on the emotions that drive humanity towards connecting with the divine, compassion, love, and patience. Historically expressed through oral tradition, Sufism attends to the knowledge of the self by reflecting personal behavior and how individuals interact with each other.

Sufi music changes based on the heritage of the local culture and is found in communities around the world. In each community, Sufi music blends local customs with ubiquitous concepts of spirituality expressed artistically. The meditative percussive rhythms of the darbuka, a goblet-shape drum, accompanied by a harmonic blend of the oud, a pear-shaped lute, give Sufi music its distinct instrumentation. In the Smithsonian Folkways collection, there are many selections of various approaches to Sufi music, from Turkey to India and throughout the Sufi diaspora. During Sama, a spiritual ceremony of music, song, and dance, Sufi music provides a space for the soul to experience closeness with divinity and love. The style and syncopation of Sufi music vary because they reflect a community's uniqueness; yet, the purpose of the Sama remains the same.

In Morocco, Gnawa culture positions Sufi music as a vessel to connect with the spirit world, an ancestral dimension between the living and God. The Gnawa are a North African ethnic minority that arrived in Morocco from West Africa as enslaved people after the downfall of the Songhai Empire in 1591. In this community, Sufi music and dance are revered as forms of healing and releasing negative energy. Gnawa music, a form of Sufi music, evolved into nonceremonial spaces by the 1970s and integrated musical influence from genres like jazz, hip-hop, and rock. The spread and transformation of Sufi music, traditional and contemporary, reflects the deep appreciation for its global cultural significance.

Preserving the cultural importance of Sufi music and its legacy, the Smithsonian’s National Museum of Asian Art hosted a month-long virtual series called Transcendence: A Sufi Music Festival in the fall of 2020, featuring artists from Morocco, France, Iran, and India. Zainab Afailal, a Moroccan-Andalusian singer, performed the Andalusian Sama of Tetouan with songs written in measured (or rhymed) and prose -- the two forms of Arabic poetry. Following her performance, Afailal and the series producers discussed the structural and instrumental similarities of the Andalusian Sama to other forms of Sufi music and poetry. As music fosters community by acknowledging the bridges that connect us, the Smithsonian nurtures the relationship between music and kinship by welcoming a global audience to appreciate Sufi music and its vast influence across genres. A collection that contributes to this relationship is the Paul Bowles Moroccan music recordings with pieces found in the Smithsonian’s Ralph Rinzler Folklife Archives and Collections. 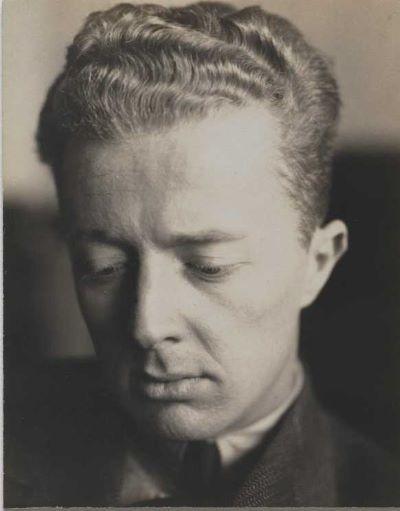 In the spring of 1959, Bowles, an American composer, and author who later adopted Tangier, Morocco, as his home, was sponsored by the American Folklife Center at the Library of Congress to record Moroccan music, including various styles of Sufi music. Visiting 23 cities and towns along the Rif and Atlas Mountains, Bowles recorded 250 selections. These collections are incredibly significant as they captured the struggle of constructing a democracy through songs after Moroccan independence from French rule in 1956. In an article published by the Tangier American Legation Museum, former director Gerald Loftus identifies the Bowles collection as essential for preserving the musical heritage of Morocco at such a crucial time in history. Over 60 years later, the U.S. Embassy in Rabat's Public Affairs Section, the Tangier American Legation Museum, the Moroccan Ministry of Culture, and funds raised by Wilaya of Tangier commissioned the digitization and repatriation of the Paul Bowles music recordings to Morocco. The Tangier American Legation Museum hopes to increase public accessibility to the collection as an education and research resource located in the Bowles Wing of the museum.

The Paul Bowles Collection and the Sufi Music Festival introduce the global movements of traditional and contemporary Sufi music across time and cultures. These programs and collections maintain and build community through affinity spaces that encourage the learning and appreciation of music's cultural heritage, other unique art forms, and history. The Tangier American Legation Museum and the Smithsonian Institution continue to honor community stories and cultural heritage through their collaboration with support from the U.S. Embassy in Morocco.

"An Introduction to Sufi Music" – Barbican

"Exploring Time Cross-Culturally: Ideology and Performance of Time in the Sufi Qawwālī" by Regula Burckhardt Qureshi (The Journal of Musicology – JSTOR)